In 1972, Electro-Motive introduced become its landmark “Dash 2” series of locomotives. An evolutionary refinement of EMD’s “40 Line” of diesels, the Dash 2 locomotives featured improved traction motors and alternators, strengthened components in the EMD 645-power plant, and solid-state modular components in the electrical and control systems. Among the “Dash 2” line was a standard SD45-2, but giant Southern Pacific issued a special request to EMD to better equip its locomotives to operate efficiently in the harsh and hot conditions found within SP’s long tunnels and snow sheds. Accordingly, the 3,600-horsepower, six-axle SD45T-2 (the “T” standing for “Tunnel”) was designed with rear air intakes located right above the frame to access cleaner air in tunnels and snow sheds and radiators placed at the top of the boxy rear of the locomotive. The SD45T-2s immediately earned the nickname “Tunnel Motors.”

Southern Pacific (and subsidiary Cotton Belt) acquired 247 SD45T-2s between 1972 and 1975, and the locomotives could be found working system wide. But, of course, the SD45T-2s had been created to work in mountain country and the rugged “Tunnel Motors” were most at home, and most impressive to witness, battling the railroad’s famed mountain crossing such as Donner Pass, Tehachapi, and the remote Cascade Line.

The Southern Pacific SD45T-2 comes to Train Simulator provided in three authentic SP liveries: SP’s Tunnel Motors were delivered in the railroad’s traditional scarlet and gray livery, later wore a similar livery with large and flashy “speed lettering,” and 14 SD45T-2s are known to have be dressed in the red-and-yellow “Kodachrome” livery intended for the aborted merger of Southern Pacific with the Santa Fe. Along with these liveries, the SP SD45T-2 is also provided with standard and “L” style windshield designs, and with winter snow covering.

Please Note: The Donner Pass: Southern Pacific Route Add-On is required, as a separate purchase, in order to play the scenarios featured in this add-on. 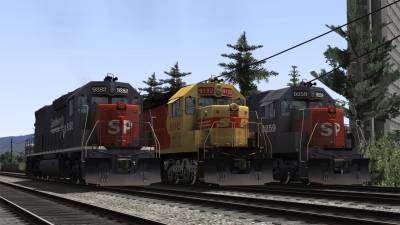 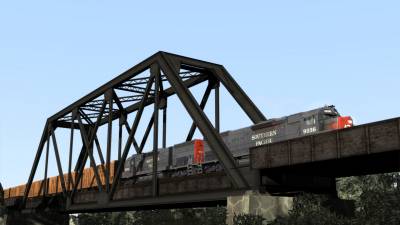 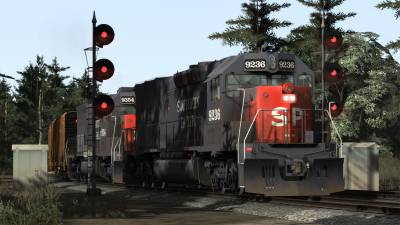 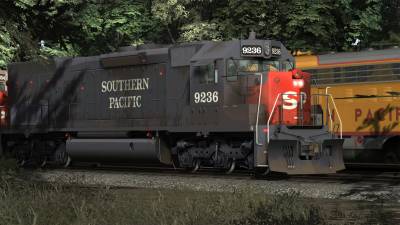 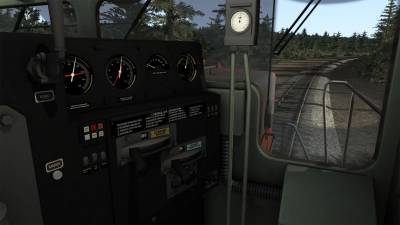 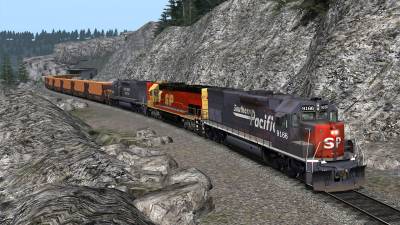 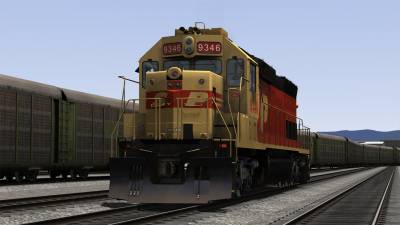 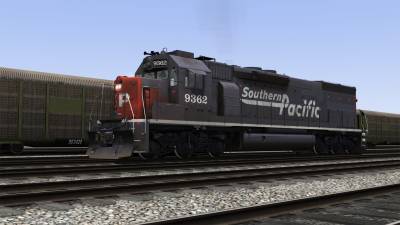