Punchline!! is an application by idk?. Punchline!! was first published on . The app is currently available on Steam.


Punchline!! is a short and free slice-of-life comedic visual novel that places you into the daily lives of a poverty-stricken grifter who's convinced that we're surrounded by outlandish conspiracies and a stoic, anti-social stick-in-the-mud who has a penchant for booze and is disillusioned and unsatisfied with her work life as you experience their various misadventures in the hustle and bustle of Noo Yawk City!!

Punchline!! differs from your typical visual novel by adopting a scenario-based structure with the player going through mostly self contained episodes with their own stories, one-by-one in a linear fashion. This is akin to a typical TV sitcom in the sense that each episode focuses on a certain situation or scenario that has a beginning, middle and end as opposed to a larger, overarching narrative found in serialized television.

All nine of these episodes are selectable from the main menu at the get go and aim to reinforce the idea of daily life mundanity but with a comedic twist as you come across the inhabitants of this very strange city and get up to various shenanigans.

Get to know a wide cast of colourful personalities in this short, whimsical, light-hearted and fun slice-of-life comedy. 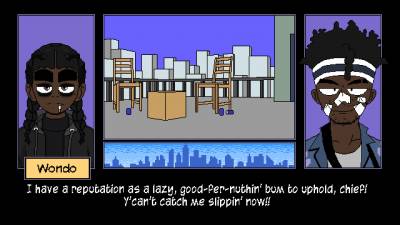 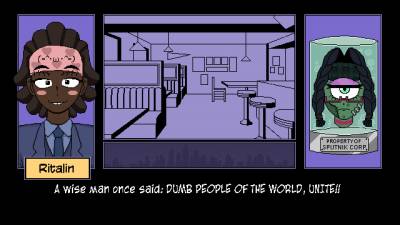 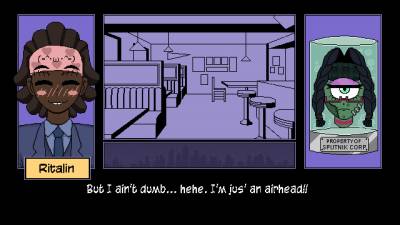 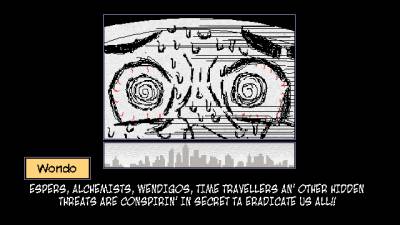 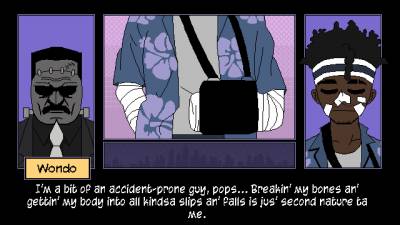